If you look at the ecological footprint of a trip, it quickly becomes clear that most emissions are emitted on arrival and departure. This is mainly due to the climate-damaging arrival by plane. This is gladly accepted, as you can get to your travel destination apparently quickly and cheaply. Environmentally friendly alternatives such as bus or train journeys, which have a much better footprint, are perceived as long and therefore often not even considered.

Faster traveling by bus and train than by plane

A new study by Omio has now found that there are many routes in Europe where traveling by train or even by bus is faster than by plane. If you get on the train from London to Paris, for example, travelers can not only shorten their travel time by more than three hours, they also save a whole 107 kilograms of CO2 compared to flying. And sometimes the bus even beats the plane: the journey from Amsterdam to Brussels is 45 minutes earlier than the plane.

In total, there are at least 35 routes across Europe where the train or bus beats the plane in time. When determining the routes, the airport transfer, the security checks at the airport, the CO2 consumption and the travel times were taken into account.

Fast and green: traveling by train in Italy

By the way, the greenest railway line in Europe is the train route from Rome to Turin. A particularly large amount of CO2 can be saved here - believe it or not, you save 127 kilograms of CO2 compared to flying. You can also save time when traveling within Germany if you choose the train as your means of transport.

By the way, you can find more infographics and the entire study here . Find out whether your next travel destination can be reached faster or just as quickly by train or bus and travel in an environmentally friendly way next time.

“While many passengers know that it is more environmentally friendly to travel by train or bus, they may not know that it is sometimes faster than flying. With Omio, travelers can track the total travel times between train, bus or flight as well as the Compare price and ultimately make the best decision. " Naren Shaam, Founder and CEO of Omio

At Omio you can search for and book train, bus and flight connections throughout Europe. You get a transparent overview of the best connections, depending on costs, total travel time and combined sections. The arduous times in which you had to compare dozens of websites from different providers are over. On Omio you will find a nicely prepared, bundled offer that makes traveling much easier, more flexible and more individual. 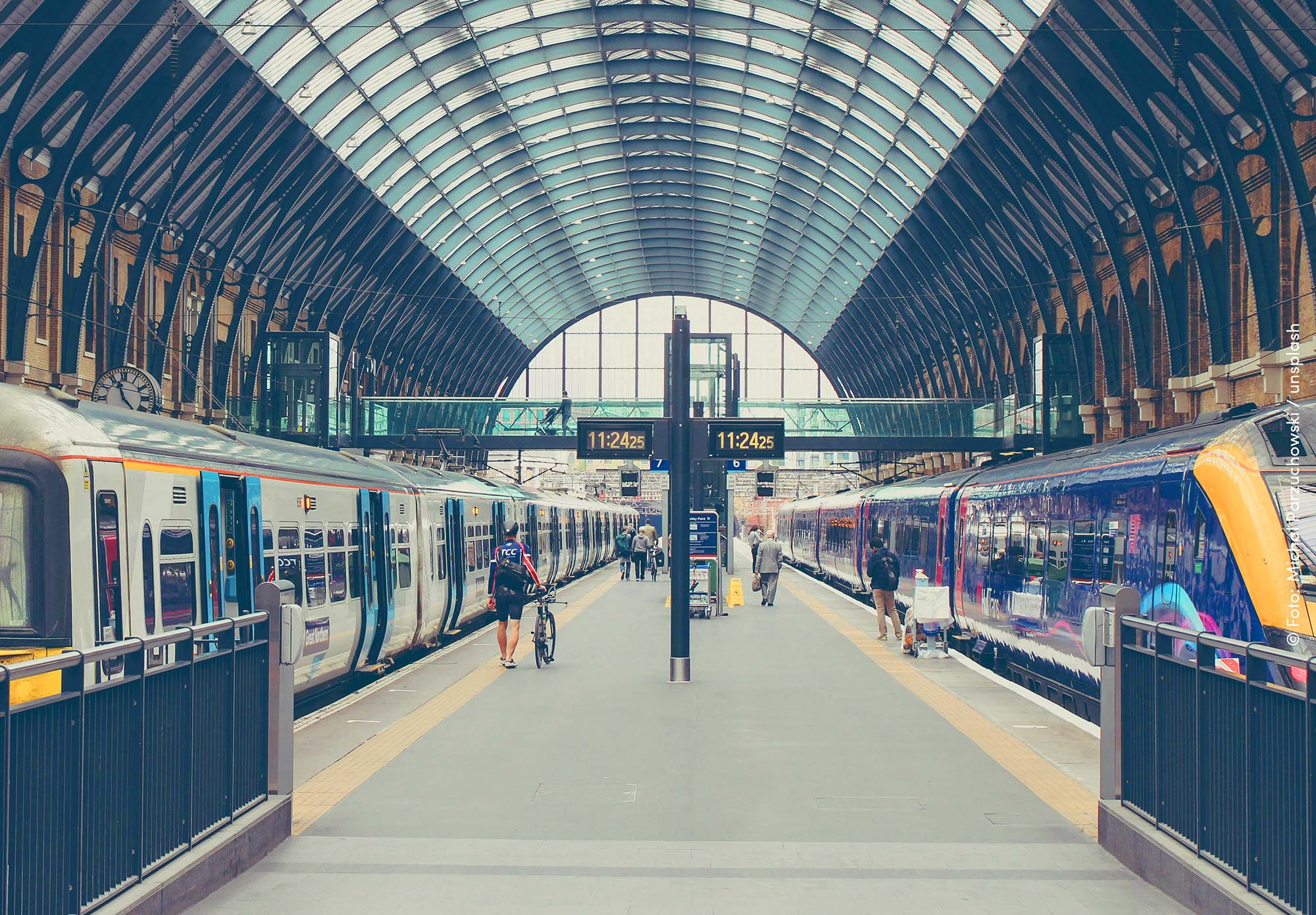 Our new addition to Scotland: Inverlonan, in Glen

Do you know any accommodations that might suit us

Villa Borgo Fianco a Fianco shines in one

Our newcomer in Italy: Borgo Fianco a Fianco,

The castle kitchen of Schloss Wartegg belongs to

Look forward to a delicious beetroot recipe from S

What is particularly important to you when travelling? ✨#q

Today, the Kurhaus Bergün trumps with just one