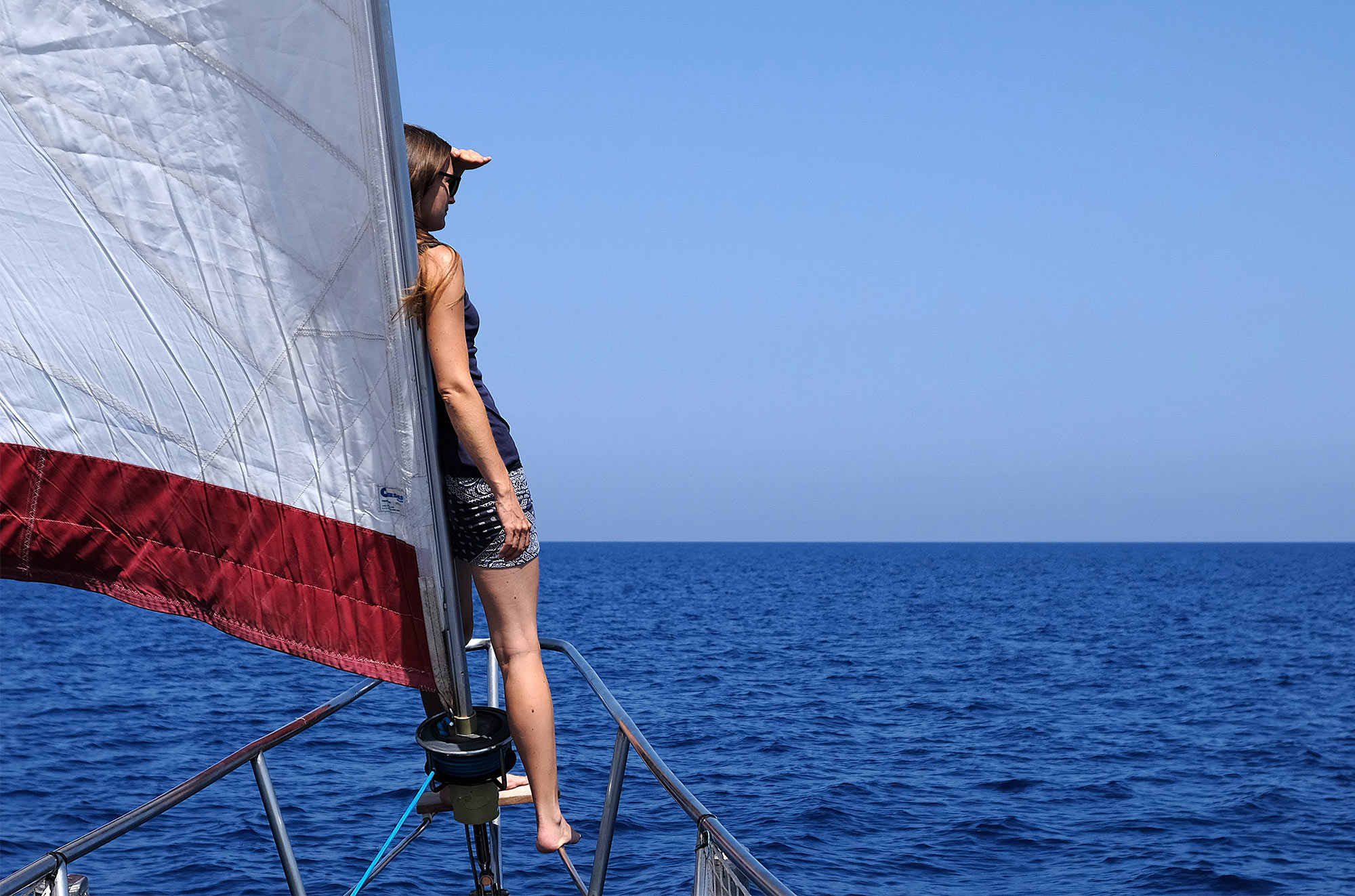 A guest post by Ina Hiester. After four years on one Sailboat in the Mediterranean I am drawn further into the distance. But in order to be able to cope with the dangers of the world's oceans and the extremes of climate change, a more stable boat had to be found - and we found this in Croatia. Three months and 400 nautical miles later, I can recommend the land of a thousand islands as an all-round carefree holiday destination.

"Z" - when the last letter was gleaming white on the dark blue body, I took a step back and paused for a moment. KOBLENZ, the Rhenish port of choice for our new (old) sailing boat iNYATHI, is 1.000 kilometers as the crow flies from the Croatian village of Milna. We had been waiting impatiently for our boat papers for about four weeks because we wanted to finally go. iNYATHI, that is Zulu for “buffalo” and clearly expresses what we expect from the 20 tons of steel lying in front of us: be strong, be indestructible, defy all dangers, don't let yourself get down. And bring us around the world once - at least.

As a home port, Koblenz has plenty for me as a Hunsrück village child. This is where my sister and I, as teenagers, carried all the pocket money we had saved up for ramshackle shopping tours, there I went to the disco for the first time, there was a cinema and there was timid holding of hands on romantic walks on the German corner. Memories from another life flickered and I brushed over the emerging nostalgia with a longing look at the horizon, where the sun was just setting. Our iNYATHI would probably never see my home.

And when I would come home the next time myself, it was still in the stars, which now, one after the other, flashed in the sky. "Never mind," I whispered to my floating home and gently stroked the blue hull. “It's not that different from here. Just less sea. " 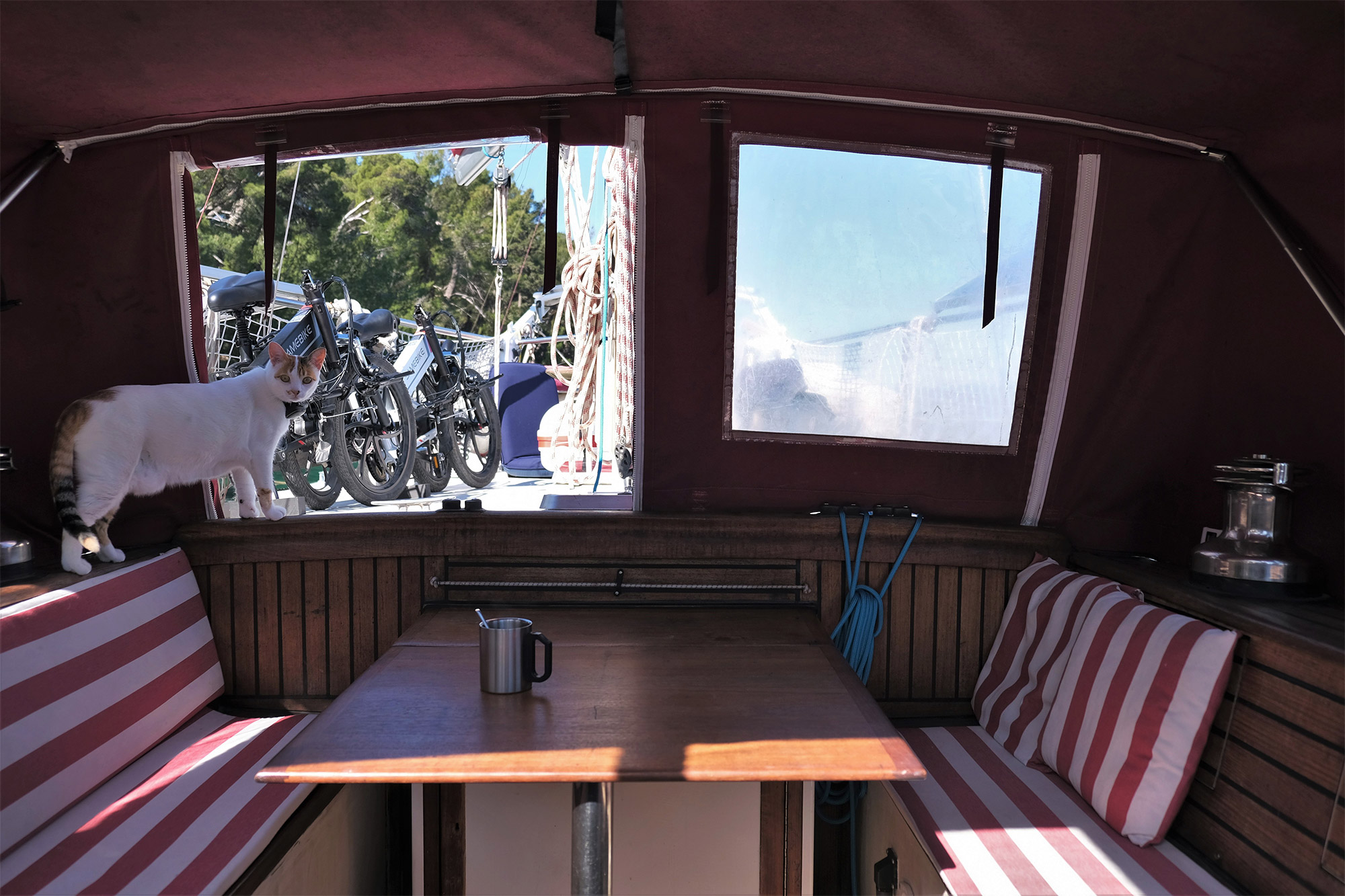 Croatia: the beginning of a great adventure

Actually, Croatia was a thorn in our side. Horror stories about aggressive sailors: inside rip-offs, priceless harbors, bays full of expensive buoys and even fees for anchoring did not fit our idea of ​​freedom or our budget. But when we had sold our previous boat in Sicily faster than we could think “we really want it”, had the money in our account and officially no longer had a home, iNYATHI's advertisement came up - in Croatia, on the blue Adriatic Sea.

It was just too perfect not to even look at it - and then it was all over for us. Two masts, 6 sails, strong and stable, with great attention to detail, perfect for long-term sailors: furnished inside, lots of storage space, watermaker, lots of solar energy, a wind generator and a workshop that not only makes men's hearts beat faster. It should be - or none. And so began our adventure in Milna, on the island of Brač, in Dalmatia. 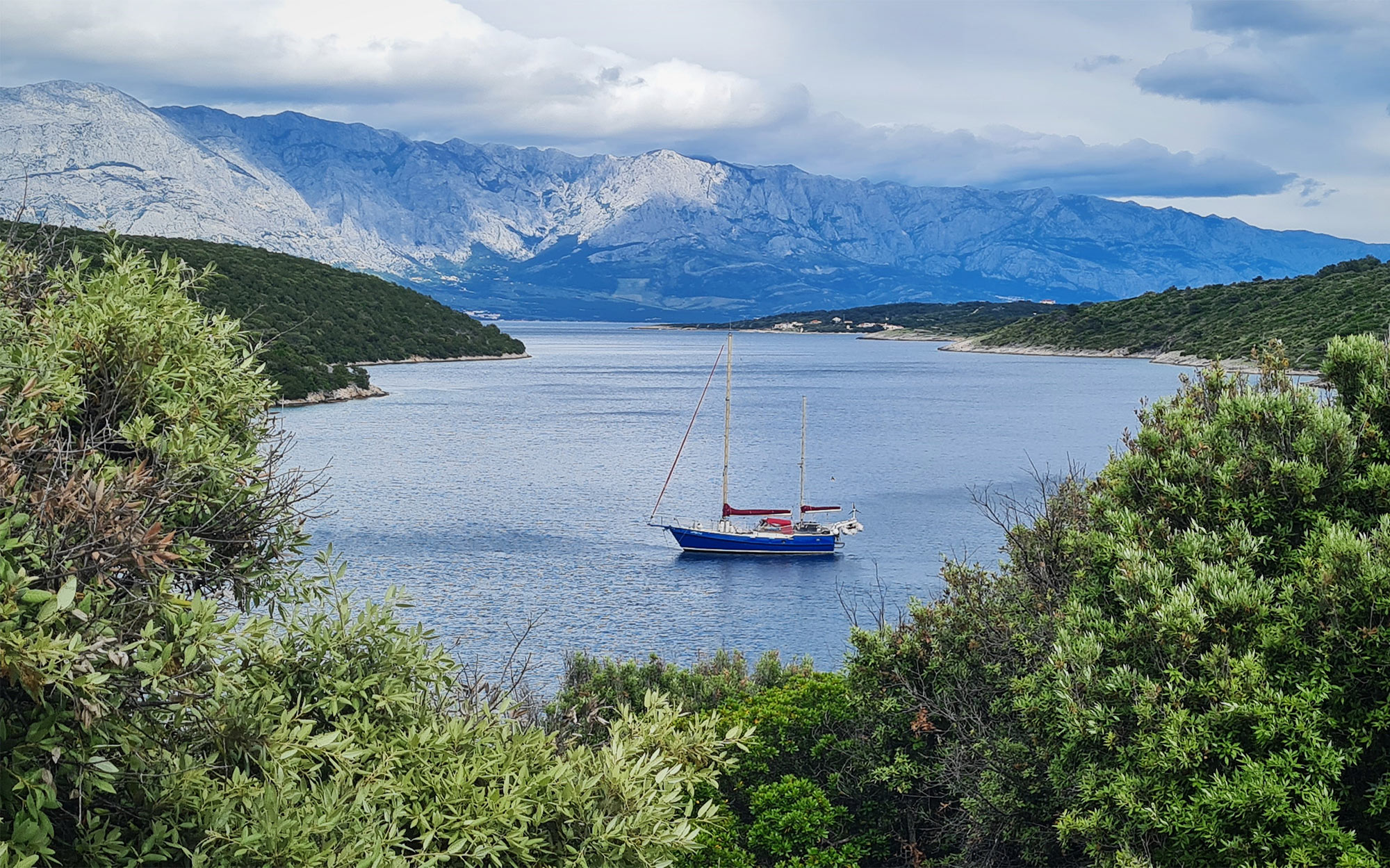 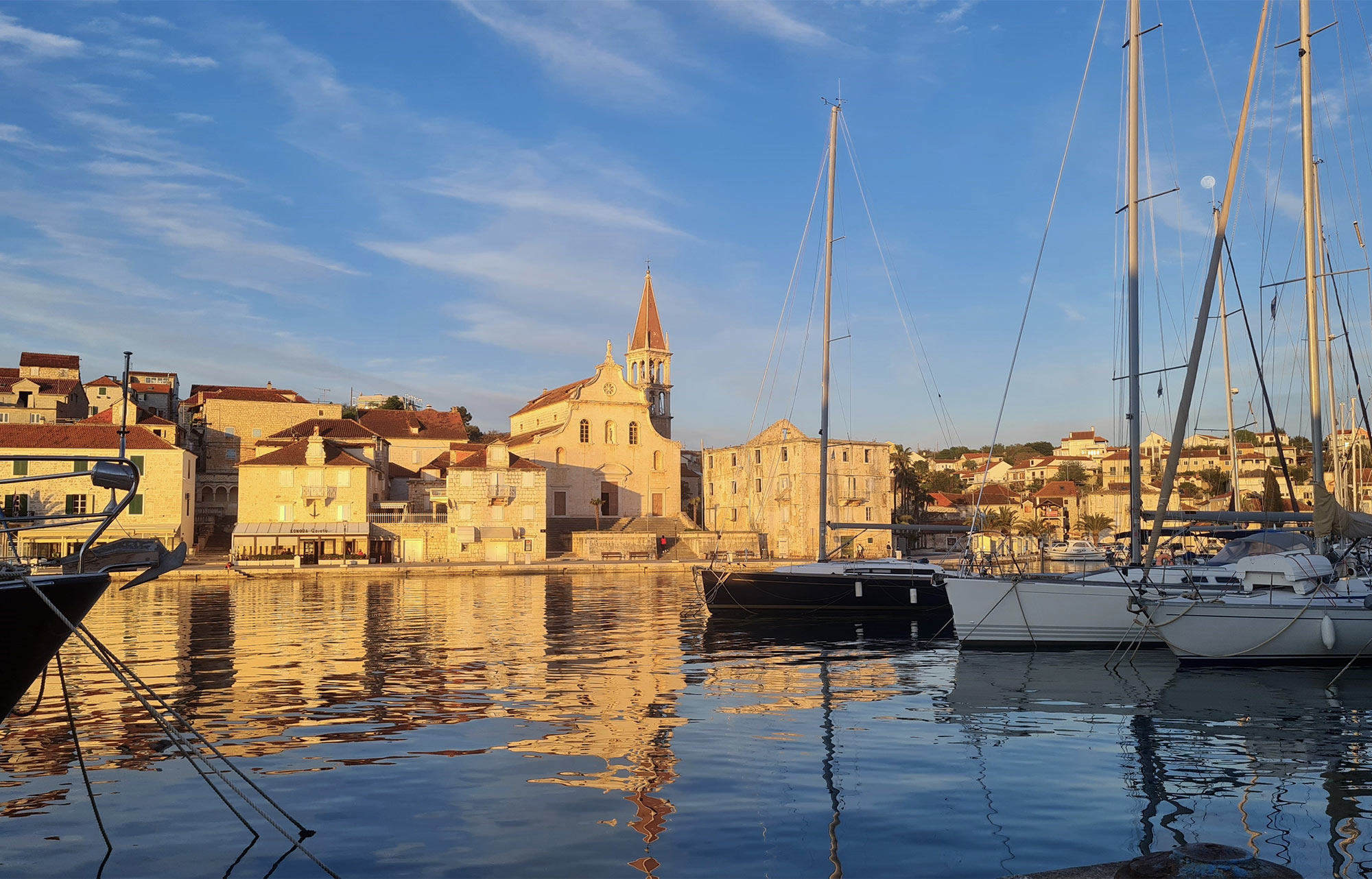 The island of Brač: a paradise for hikers and cyclists

Waiting for the boat papers in Milna gave us not only time to set up our new home, but also to explore the island. Brač is only an hour away from Split by ferry and is a real highlight for cyclists: indoor and hiking enthusiasts like us. In every corner of the island you will find the small blue and white marking somewhere, which indicates that you have landed again on one of the countless hiking and cycling trails that meander like a network through fields and forests and along cliffs and pebble beaches lead to small coastal villages.

For motivated cyclists, it should be noted that a mountain bike is definitely recommended when choosing a mobile pedestal. Because if there is one thing in abundance on Brač, it is stones - and not just the noble, marble-like limestone that adorns the White House in Washington and the Berlin Reichstag. Countless stones scattered all over the island, which in many places have been piled up to form walls and large piles, are often used to fortify cycling and hiking trails - but sometimes so generously that there is a risk of getting stuck in them.

After five weeks in Milna, our boat was not only fully registered and insured, but we had even received our first corona vaccination free of charge and completely unbureaucratic. After four winters in Sicily, we had somehow got used to the fact that things just don't work or at least take forever and, even if they do then, still cost you an incredible amount of nerves. So we were more than astonished at how smoothly the vaccination went here. Two phone calls, one appointment, wait 10 minutes, quick poke, done. No, it doesn't cost anything, please come back in four weeks.

Equipped with the first vaccination protection and all papers, our first sailing trip led to the neighboring island of Hvar. Here we are not looking for the party tourism that the island is so famous for. And next to the numerous luxury yachts in the island's capital, we would certainly have felt more than out of place. Instead, we explored the enchanting interior of the island with its tiny, colorfully mixed up agricultural parcels and gardens, as well as the beautiful town of Starigrad, relaxed with our bicycles. Vacation mode: switched on. 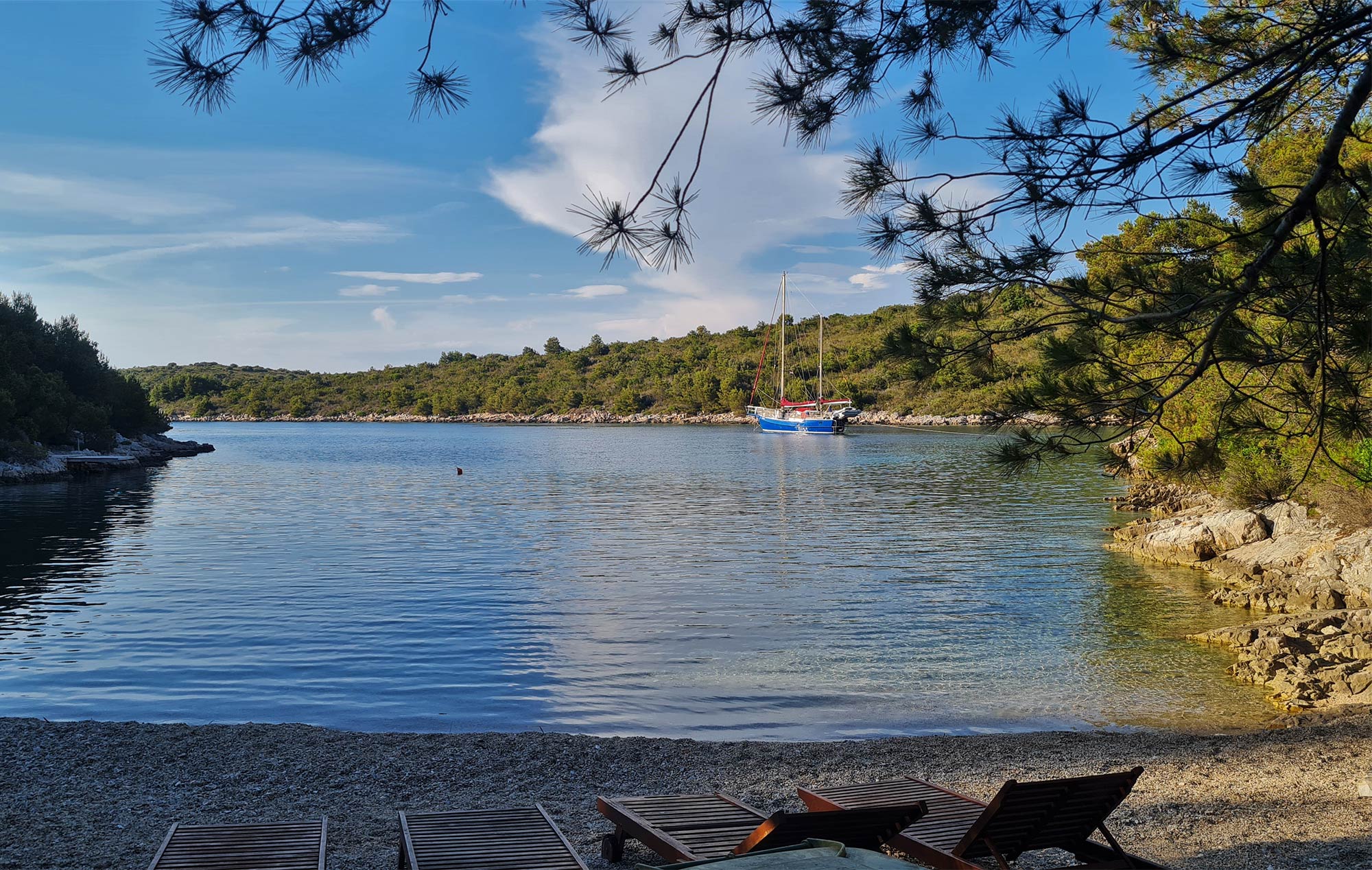 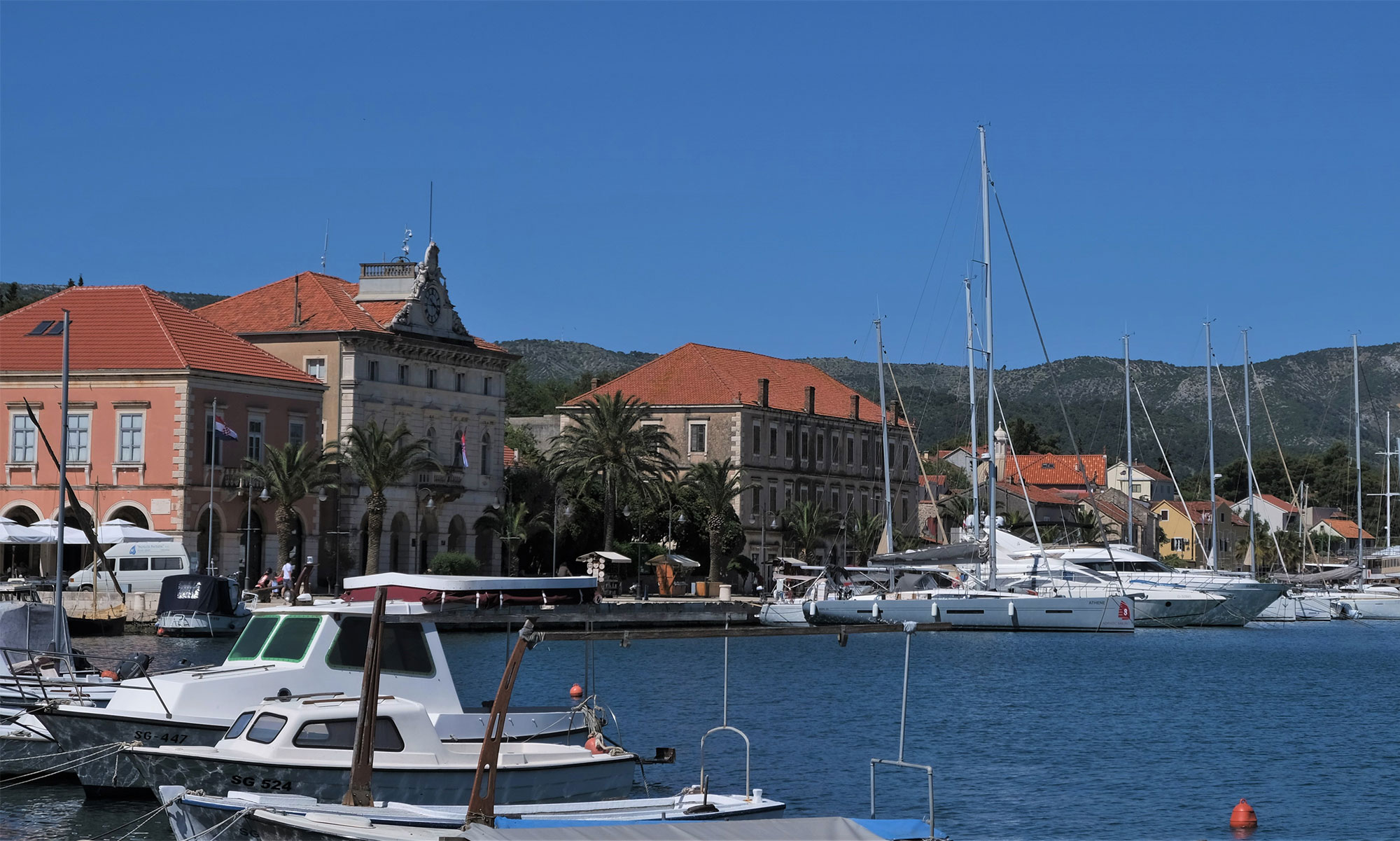 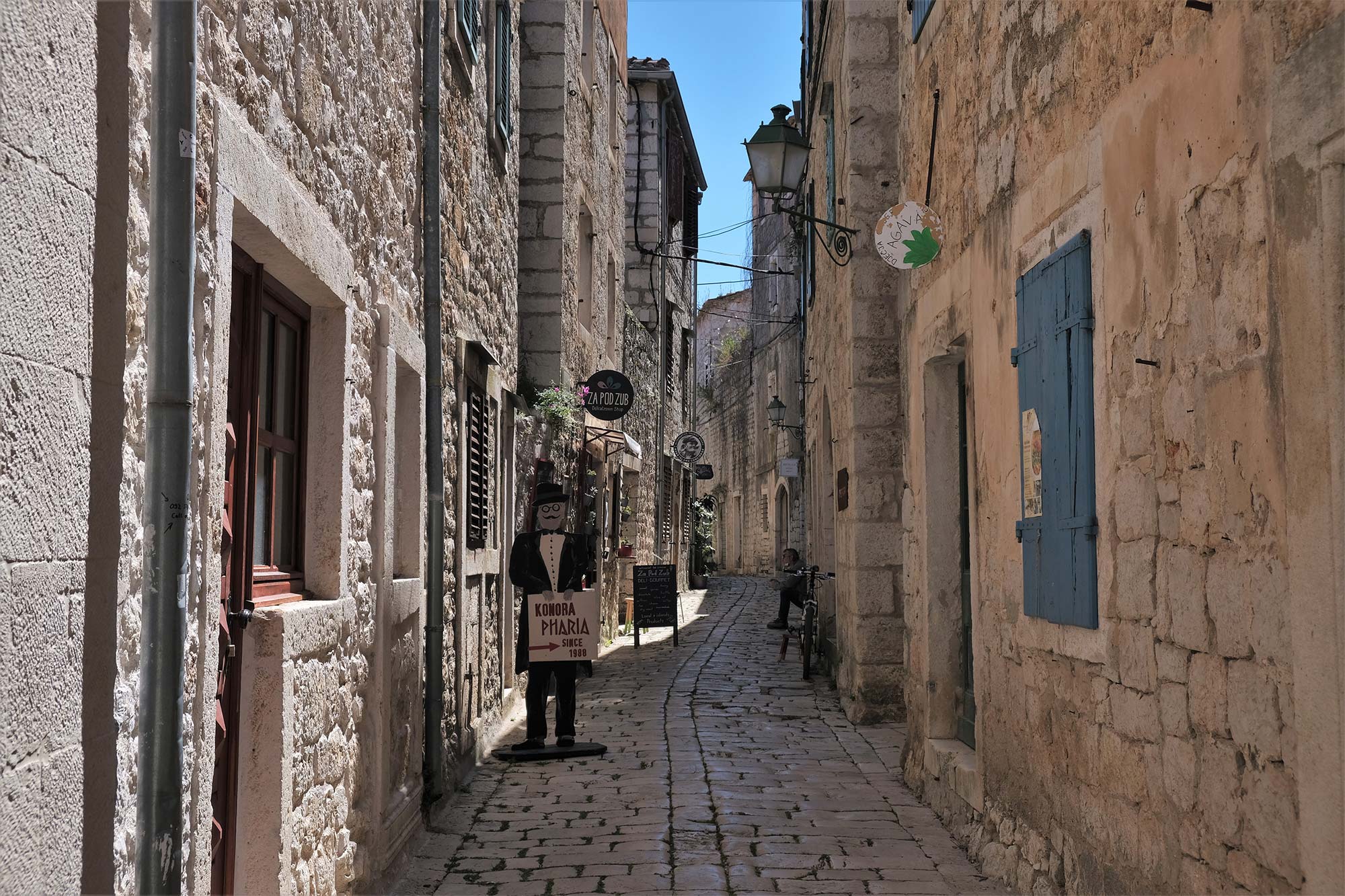 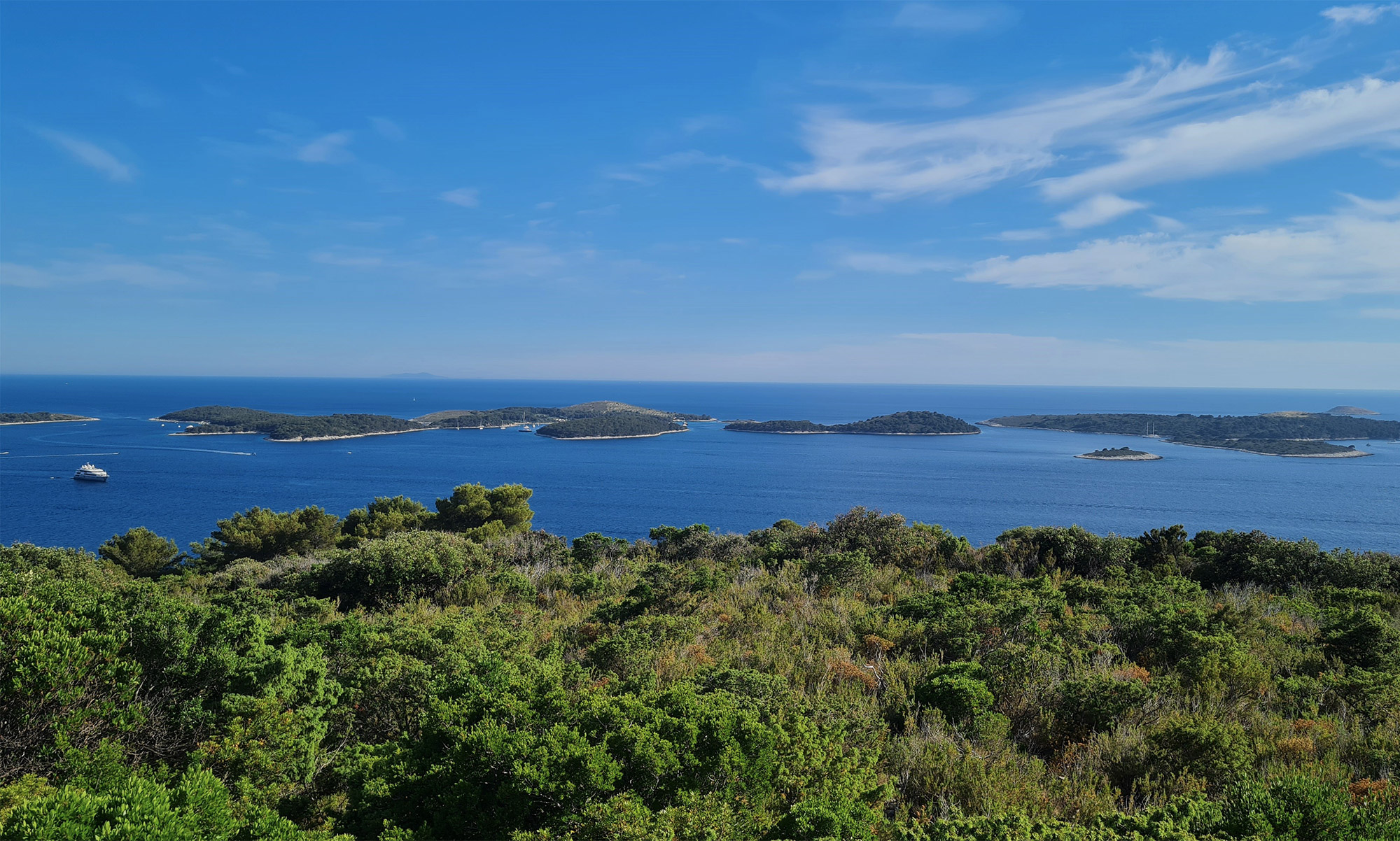 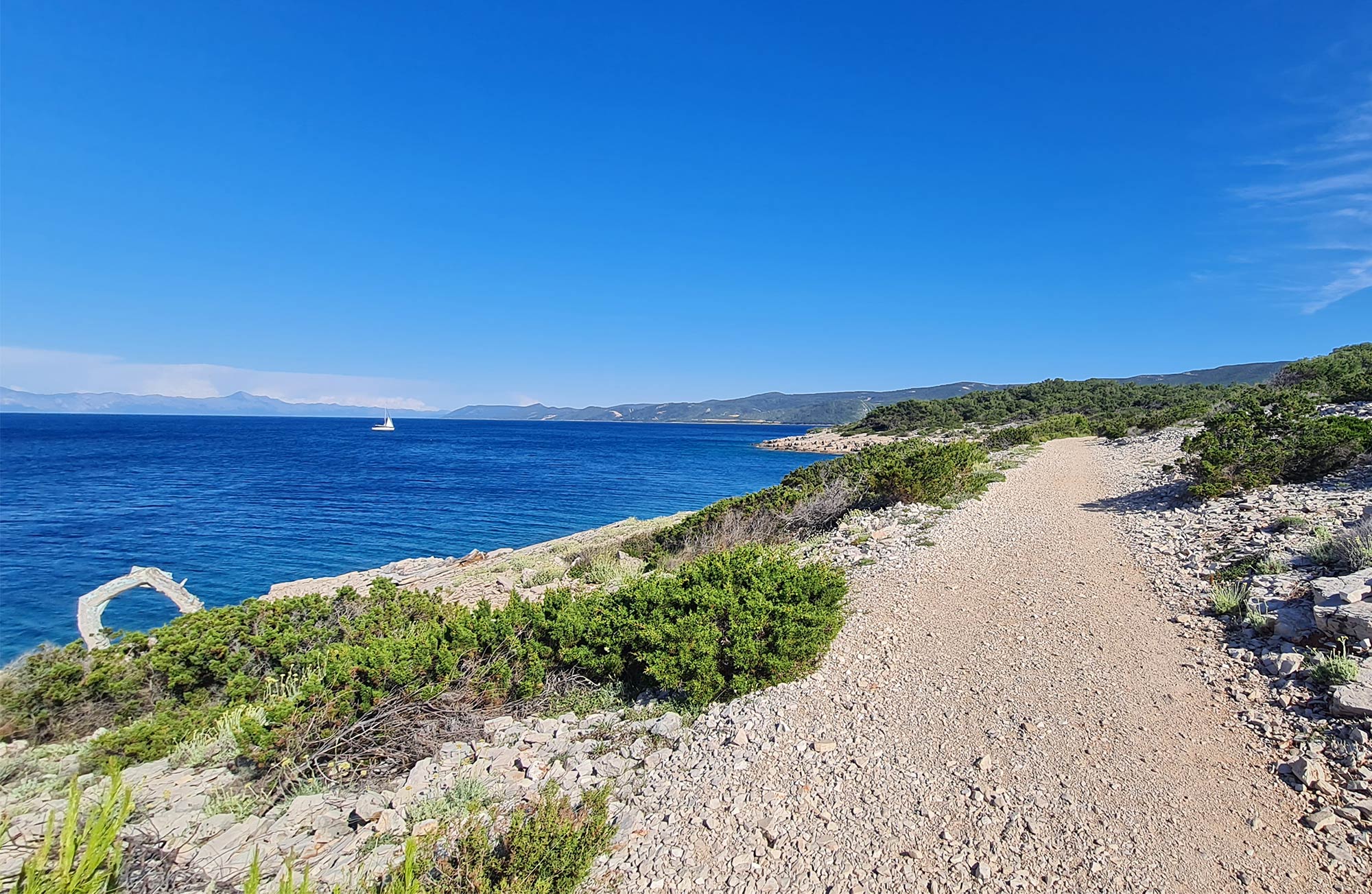 The time up to our second vaccination appointment we drove with a swerve to the north. Day after day we not only got to know our boat, but also Dalmatia better, anchored all alone in beautiful bays and finally drove up the river that leads to the Krka National Park with its famous waterfalls. Here, too, we cycled the last few kilometers to the park.

The last time I was here five years ago, I was already thrilled by the force of nature in this place, but this time it was even more beautiful - and it took me a while to understand why. Since the beginning of this year, bathing in the Krka National Park has been prohibited for reasons of water protection. Now you can "only" marvel, look and walk here, but no longer jump into the idyll. A blessing for this biodiverse gem, which not only stays healthier but also looks much nicer without sunscreen-smeared, wriggling limbs. On the way back down the river we bought kilos of fresh mussels directly from the mussel farmers: inside just before the town of Šibenik, in whose small streets and alleys we drifted shortly afterwards. 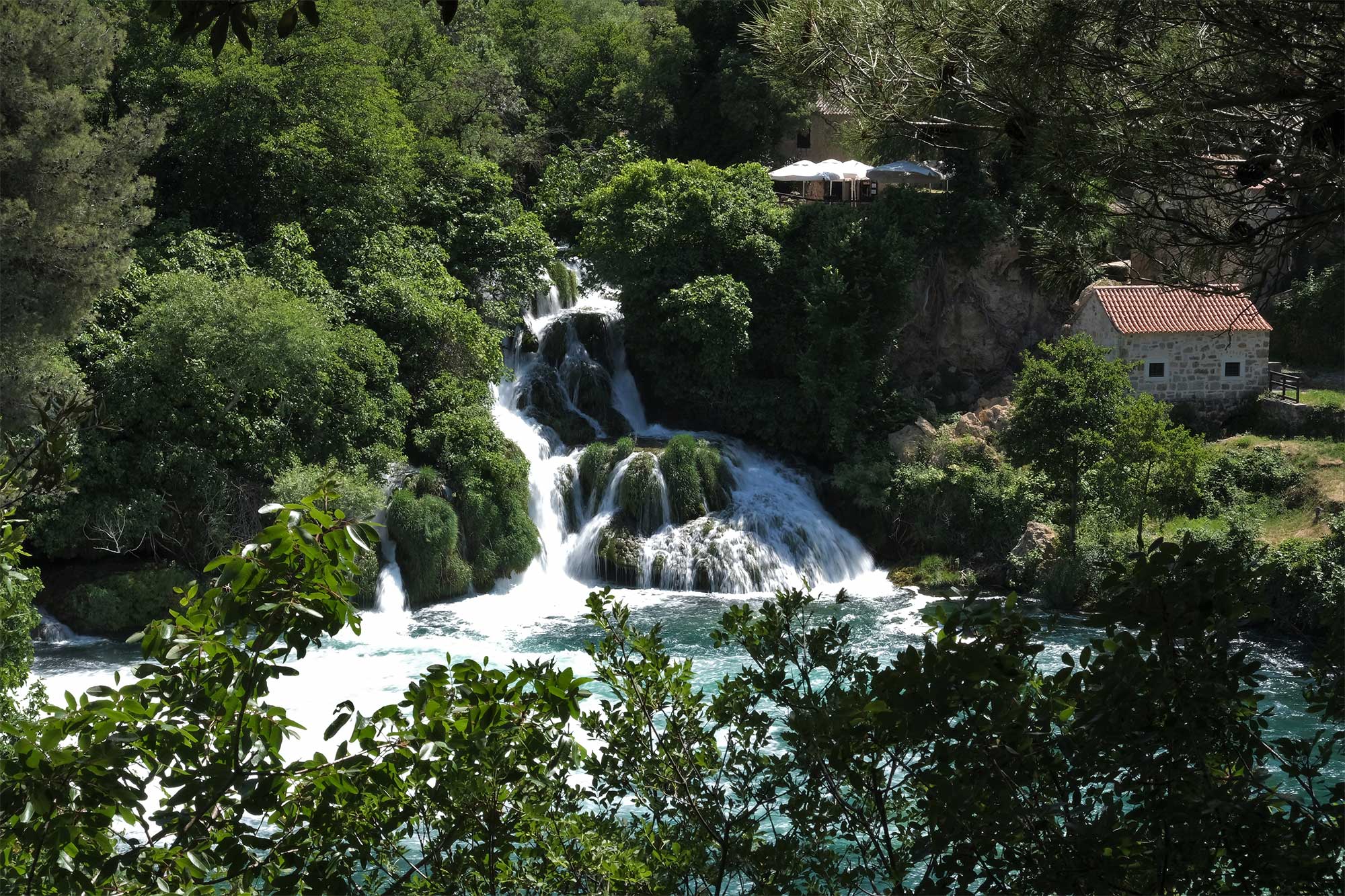 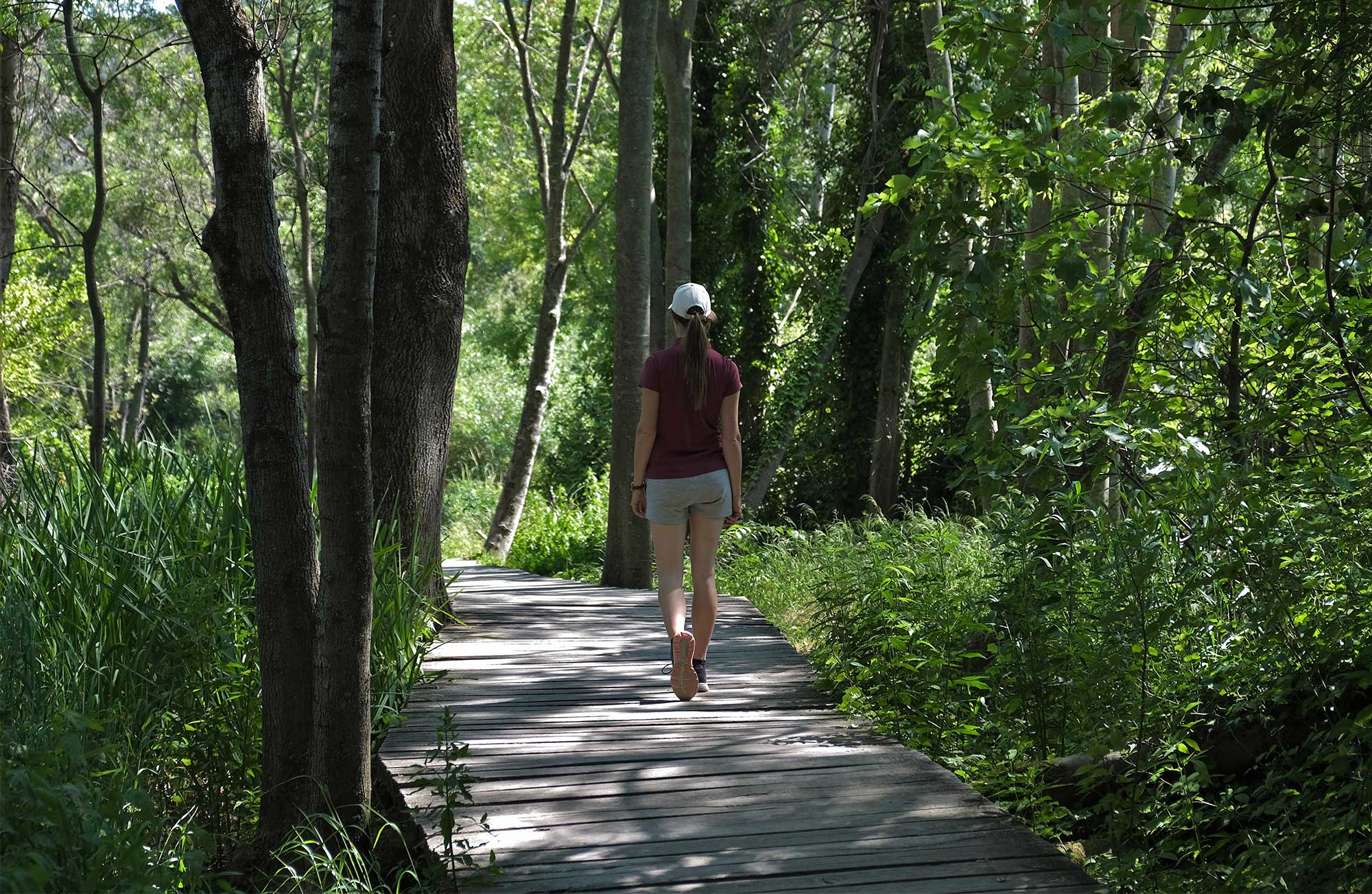 Croatia and tourism - it just works

After my second vaccination had knocked me down for a few days, we gradually became aware that now, at the latest, something was beginning that was bigger. Now it was no longer just about cruising comfortably from one bay to the next, from now on we had a destination that was further away than all of the summer miles we had collected so far. Ever since then, our gaze has wandered westwards towards the Atlantic, which we had planned to cross for January 2022. And at the same time Croatia felt more and more like a home that we were reluctant to leave behind. We learned to appreciate what so many are looking for in a short summer vacation: the all-round carefree package. Croatia and tourism - it just works.

Buses and ferries leave on time, one postcard idyll chases the other, the next, promisingly turquoise shimmering bay is always just a stone's throw away. The land of a thousand islands, of which around 50 are inhabited, has fewer inhabitants overall: inside than Berlin, but moved until before Corona around 20 million tourists annually especially Germans, Austrians and Italians. Hardly anywhere in Europe is the sea water so clear, and my otherwise so ambitious garbage collection campaigns on the beach were simply not needed during the time we were out here. On just 55.000 square kilometers of land with over 6.000 kilometers of coastline there are ten UNESCO World Heritage sites, eight national and eleven nature parks.

The typical Croatian diligence and sense of order paired with the hearty cuisine and the great amount of German that was spoken around us also drove away my last bit of homesickness. And although the warm hospitality is sometimes hidden behind a somewhat rough facade, my friend Mike soon had to admit: “Croatia has grown on me”. He didn't remember his last trip to Croatia - back then with our old boat - as rosy. What was different this time? Has Corona put people in a milder mood? Are vagabond tourists now counting again: inside like us, who, unlike charter guests, do not pour thousands of euros into the coffers per week?

No other European country is as dependent on tourism as Croatia - before the pandemic, it made up 25 percent of the gross domestic product. For comparison: in Spain it is just 15 percent, in Germany less than ten percent. That Overtourism poses a problem in Croatia, the country has long recognized it for itself and is well on the way to building more sustainable tourism structures. According to the latest report from Euromonitor International, lies Croatia in the tourism sustainability ranking meanwhile at least 13th place - well behind the Scandinavian countries, but still ahead of Germany (16th place), Spain (25th place) and Italy (34th place).

Farewell in stages: Korčula, Mljet and Lastovo by sailing boat

So instead of setting off quickly to the west, we lost ourselves in the alleys of Korčulas, hiked on the Pelješac peninsula and treated ourselves to a few days on the islands of Mljet and Lastovo, which are both national parks and therefore payable. The efforts to achieve more sustainability were particularly evident on Mljet: Solar-powered boats bring tourists here to the small island of Sveta Marija, while the rest of the park can only be explored on foot or with the numerous bicycles available for hire. 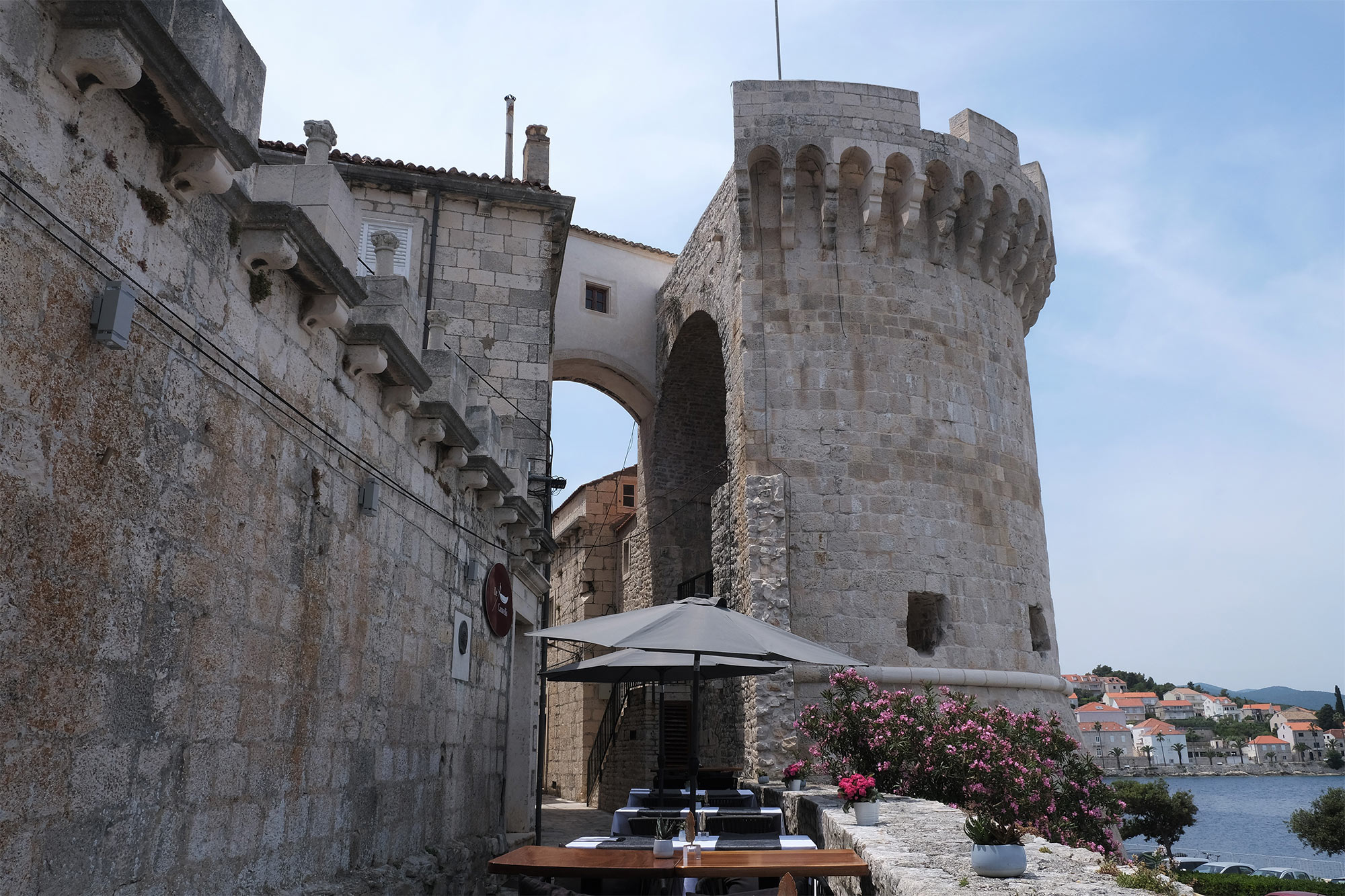 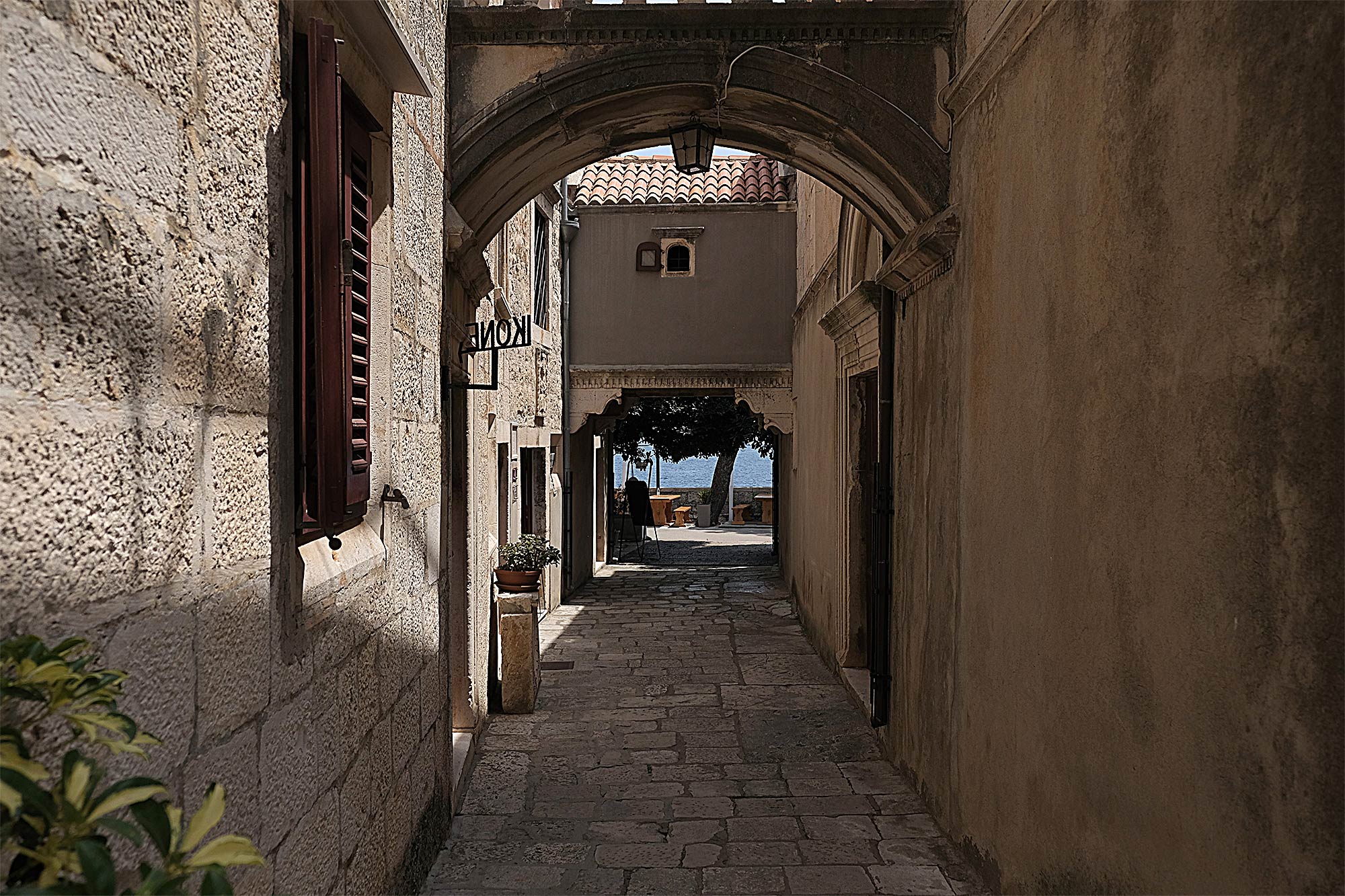 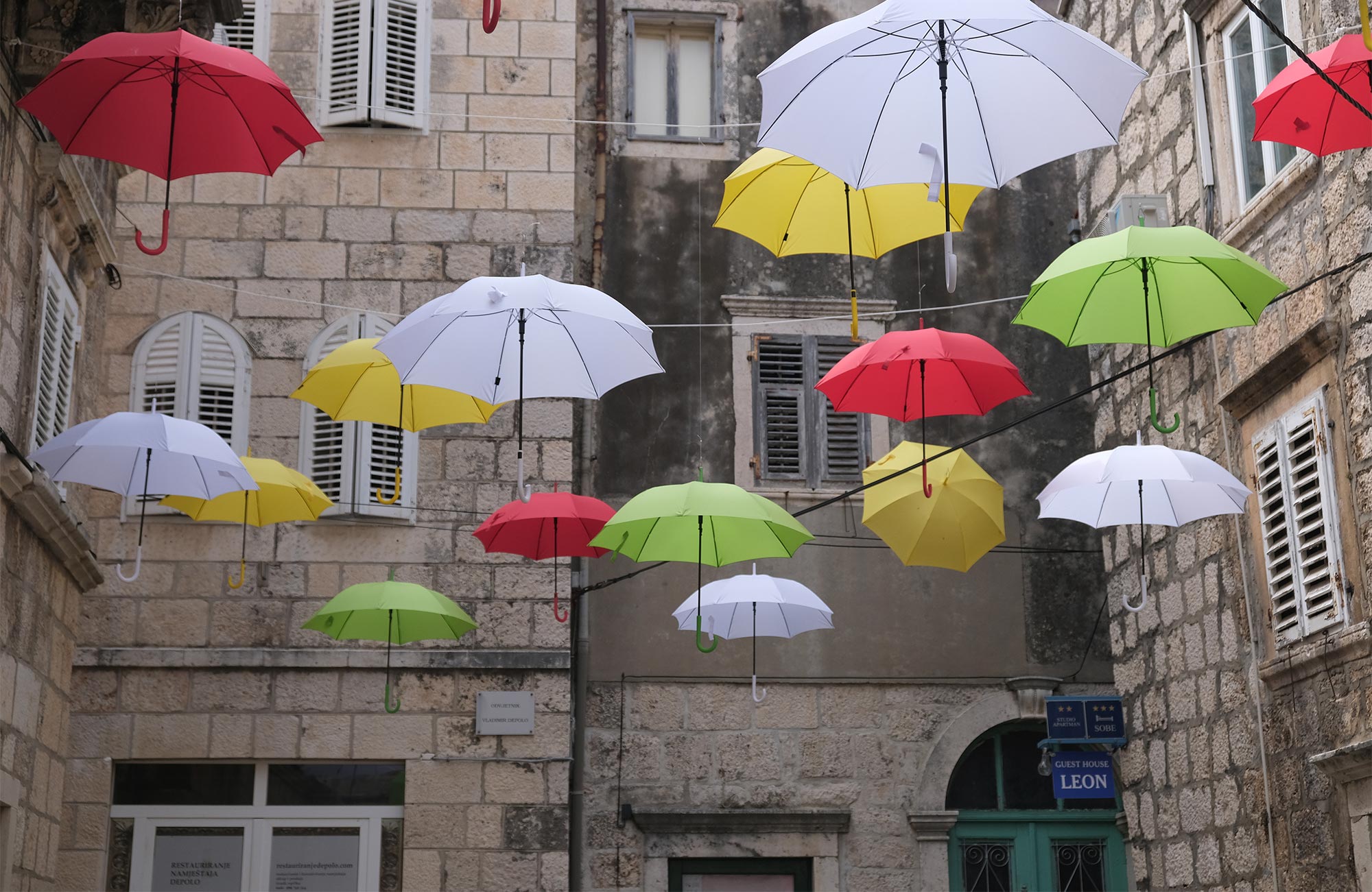 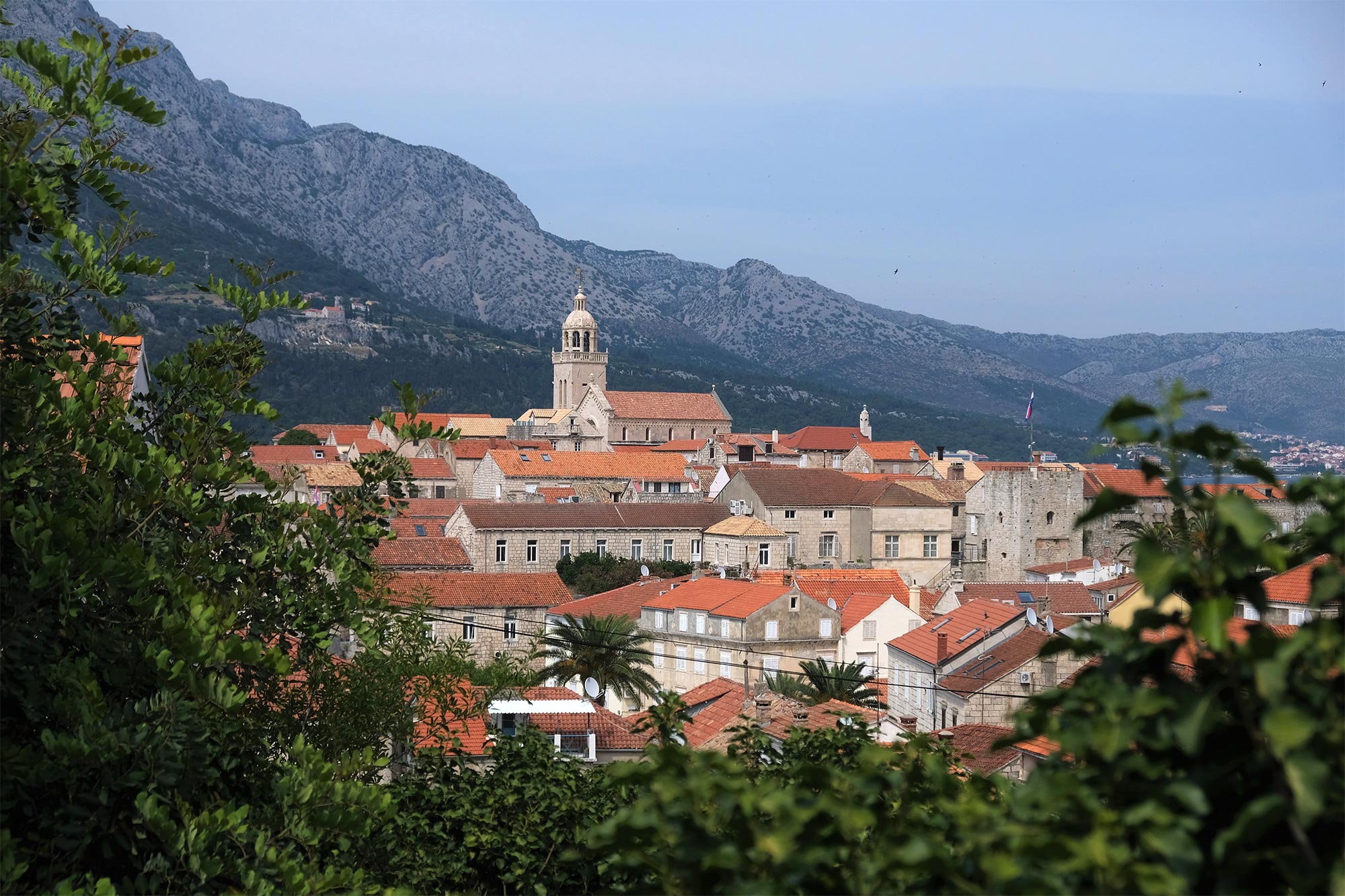 The Mljeter lakes nestle quietly and beautifully between wooded hills, a well-paved bike path, from which small hiking trails branch off again and again, leads around. But all of this has its price: the fee to anchor here is a whopping 80 euros per night, plus another 17 euros for the park entrance fee. Instead of anchoring, we threw our lines to a friendly and incredibly patient restaurant owner (parking backwards is not exactly our forte) - we didn't pay anything for him, but in return we went to his tavern for a delicious meal.

During our last days before our onward journey to Italy, we got our digital COVID certificate on the somewhat sleepy island of Lastovo and were now ready to travel, well rested, sun-kissed and felt perfectly prepared for what was to come next. Everything went a little too smoothly in beautiful Croatia to start a trip around the world. 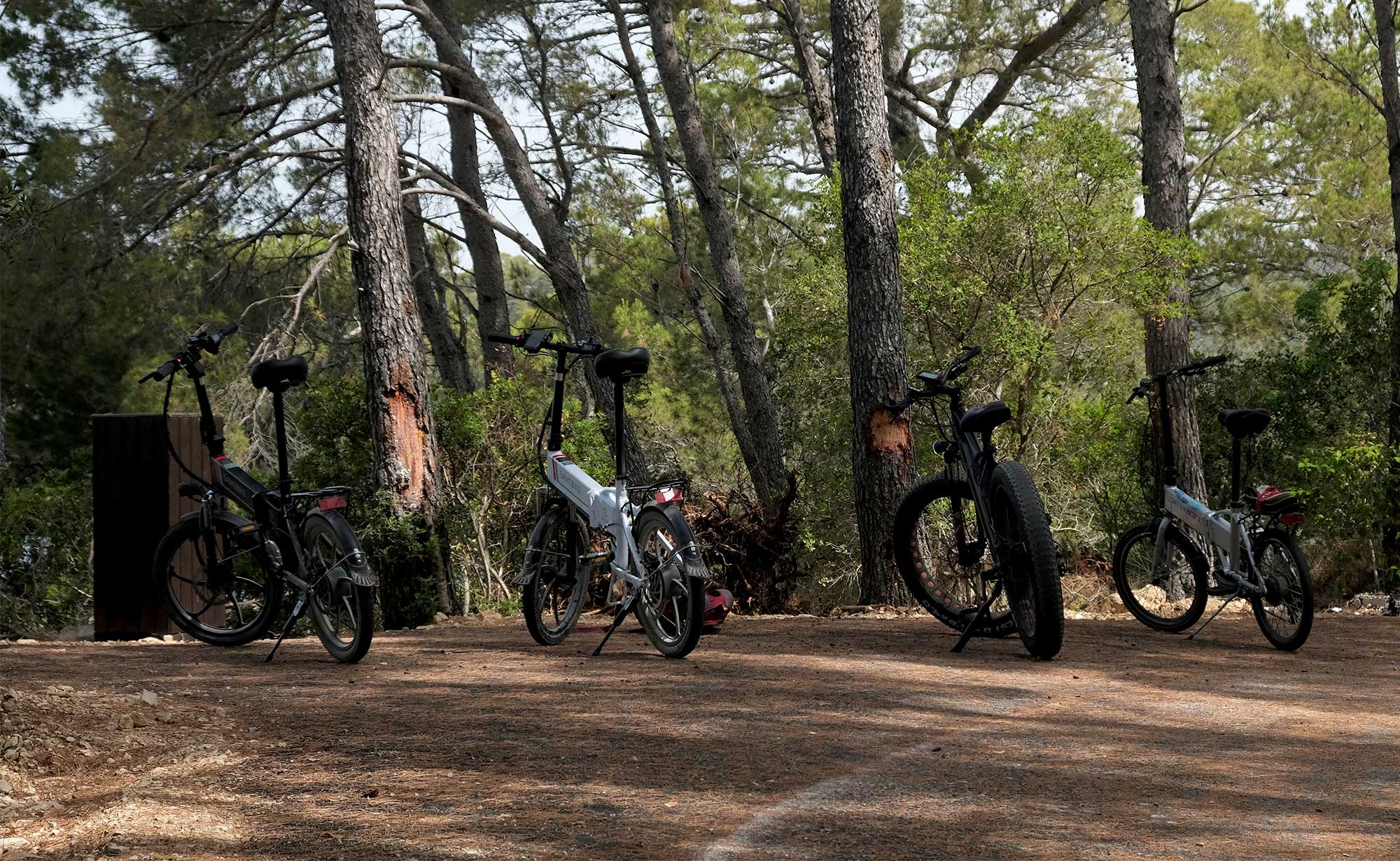 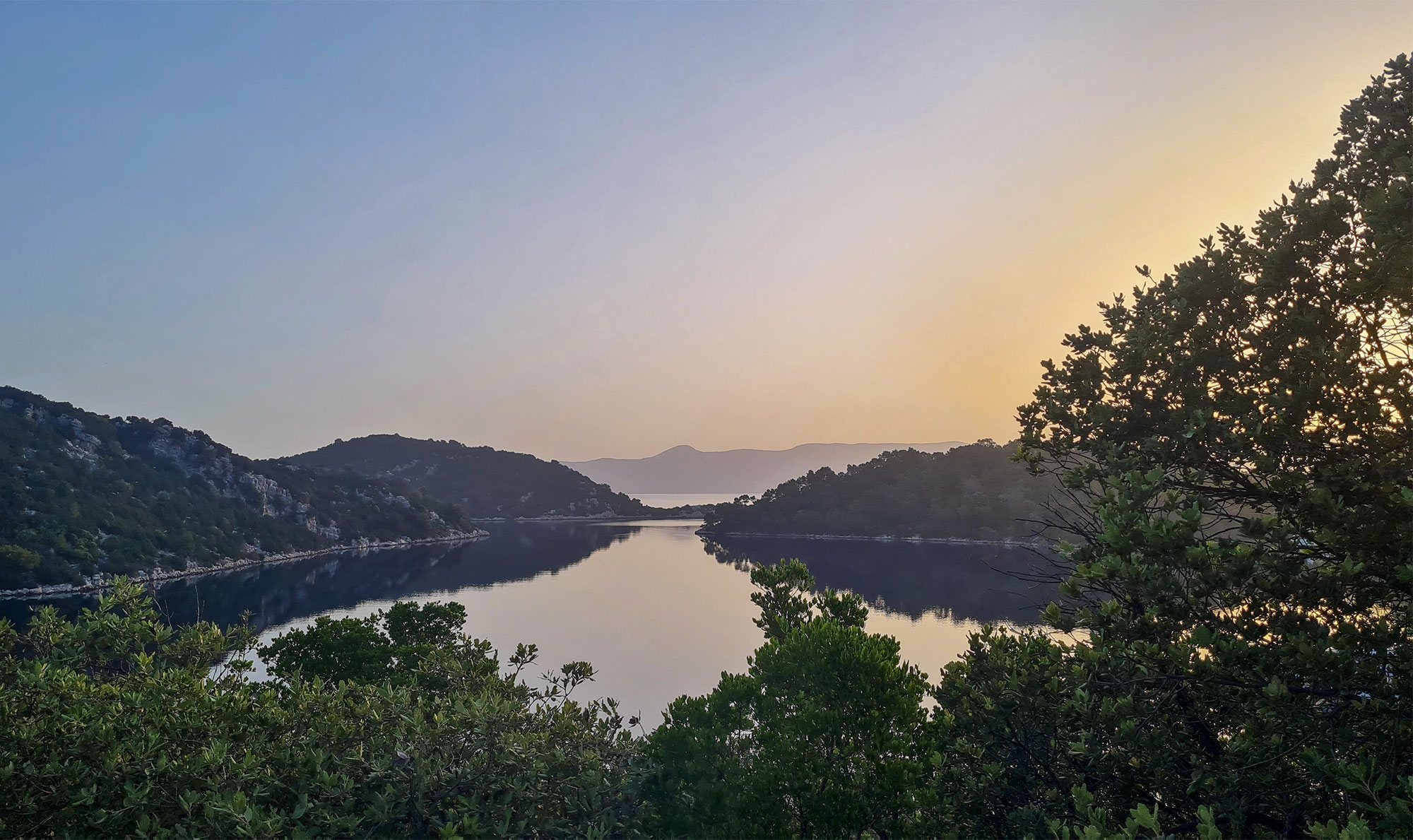 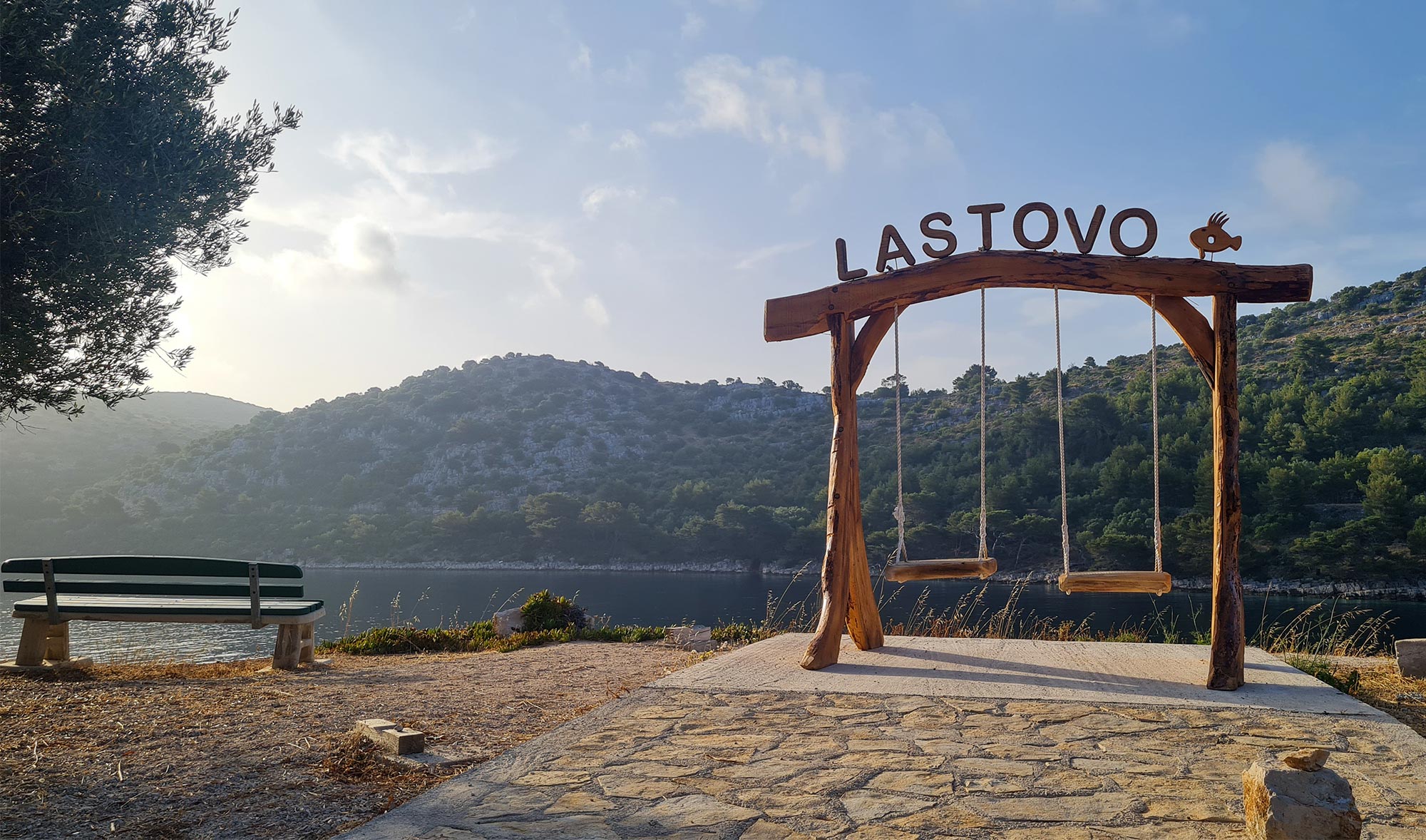 Three more tips at the end: